You will find more information here

Within the animal kingdom, historically, the wolf has been considered the greatest enemy of man. For centuries, it has been pursued cruelly, intensively, and sustained until its total extinction in many areas of its natural range.

The reason, the great reason for this persecution, is the wolf's competition with man for the same trophic resources: domestic cattle, a simplistic view of the conflict that hides the real causes for which the wolf sell wants to exterminate.

The campaign The wolf, a false enemy, denounces the interested pursuit of this predator and unravells the business behind the wolf's death. This campaign also breaks with the cliché that the coexistence of the wolf is incompatible with extensive livestock farming, and shows that those who defend this argument, either out of ignorance or out of interest, use the wolf figure to avoid dealing with the real problems of the livestock sector, structural problems arising from the erratic policies of the CAP and the Spanish administration. 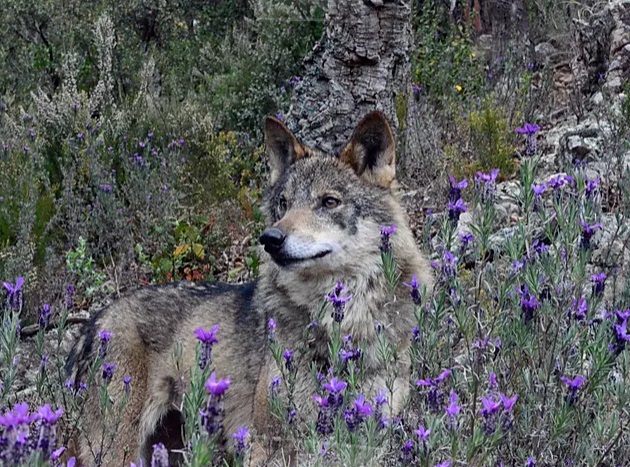 This campaign is intended to give voice to a outcry from much of the society that demands the conservation of this emblematic species, wants to work to inform, raise awareness and raise more voices in defence of the wolf, and to be an active struggle to achieve full protection, legal and real protection of the wolf, throughout Spanish territory.

To achieve these goals, the campaign The Wolf, False Enemy, will deploy a series of actions that will be part of social and environmental activism, such as lectures, mobilizations, video games and discussion tables, as well as activities specially targeted at the younger. These actions can be viewed in the Enablett Agenda and followed by our Facebook.

We understand that in order to achieve these objectives, we must join forces. Biotop Natura, within the framework of the Active Space, will establish strategic alliances with conservationist entities and organisations working actively to defend the wolf, both in Spain and internationally.